In a story reminiscent of the Amanda Knox saga, an American studying in Italy has been arrested in connection with attempted murder, accused of stabbing his roommate 25 times after a booze- and drug-addled Halloween night out.

Officials say student Reid Alexander Schepis, 20, stabbed then-sleeping pal Fabio Malpeso, 19, after a long night of partying at the Rome club, Atlantic. Both of the men are from New Jersey, and students at John Cabot University, a private American university in Rome. END_OF_DOCUMENT_TOKEN_TO_BE_REPLACED

At least 39 people have been killed, millions are without power and transport across the north-eastern United States has been severely disrupted as storm Sandy heads north for Canada.

In New York City, 10 people have been killed and the public transport system remains closed until further notice.

In New Jersey, three people were killed, including a couple killed by a falling tree when they got out of their car; their children, 11 and 14, who remained inside, survived. END_OF_DOCUMENT_TOKEN_TO_BE_REPLACED

Hottest Woman On Planet Earth Says No Babies Yet, Wants Her Eggs Tied

Coco and Husband, Ice-T
American actress and reality TV star, Nicole Natalie Marrow (nee Austin) popularly known as Coco has revealed what may be a major plot point of this season of “Ice Loves Coco,” saying she is thinking about preserving her eggsfor the future. END_OF_DOCUMENT_TOKEN_TO_BE_REPLACED

Nurse has 100 orgasms a day due to a medical condition 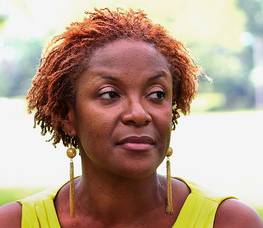 A NURSE is plagued by a medical condition that gives her up to 100 orgasms A DAY.
Kim Ramsey, 44, feels constantly aroused and the slightest movement can trigger a climax. Trains, driving and even housework start the reaction. But unlike women who yearn for the “Yes, yes!” experience, Kim just thinks “Oh no!”
The orgasms leave her in pain, exhausted and unable to have a normal relationship. She said: “Other women wonder how to have an orgasm — I wonder how to stop mine.”
Kim was diagnosed with incurable Persistent Genital Arousal Disorder. Doctors blame spinal cysts caused when she fell down stairs ten years ago.
Kim, from Hitchin, Herts, but now living in Montclair, New Jersey, US, first had problems after sex with a new boyfriend in 2008.
She said: “I had constant orgasms for four days. I thought I was going mad. It also happened with a new partner and I even tried sitting on frozen peas.”