The shocking moment £170,000-a-week Chelsea star Eden HazardKICKED a ballboy in the ribs

Football hit a new low last night after one of the Premier League’s highest paid players kicked a ballboy. Belgian international Eden Hazard, 22, tried to regain the ball after it went out of play during a game in Swansea.

The ballboy appeared to lie on the
ball, before Hazard stood over him and kicked him in the ribs. The player was immediately sent off and the ballboy was led away for medical attention. The police have said they are investigating the incident. 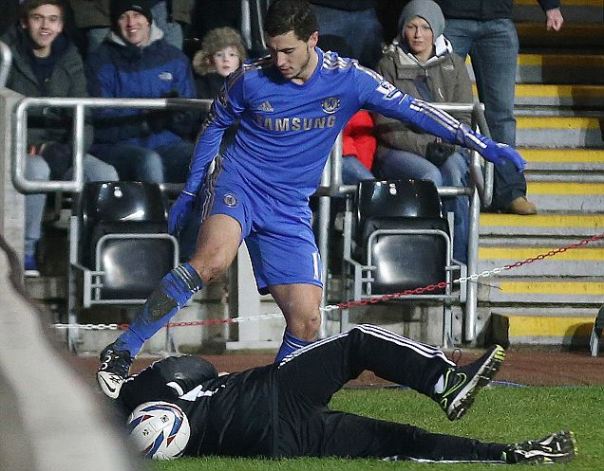